What goes around, comes around. For Lon and Sharon Kraft, that came in the form of recognition for their role in promoting the reining industry and the NRHA as the affiliate ambassadors for the Mountain Region.

“We volunteer because we want to and because we feel so strongly about the sport. To be perfectly honest, being recognized through this program was a surprise for us,” Sharon said. “We were so honored and humbled to be recognized for it.”

Last year Lon and Sharon were the nominators of the affiliate ambassadors for their region. And now the tables have turned as they don’t know who nominated them.

“To be one of fifteen regions recognized we understand that’s a very prestigious recognition,” she said. “We are going to continue to be involved however the program wants us to be.”

It was just ten short years ago when Lon and Sharon were exposed to reining for the first time. It was in Denver during the National Western Stock Show that Lon got the idea in his head that the couple needed to take up the sport.

“My wife made the mistake of taking me to watch reining in Denver,” Lon said. “I thought ‘you know, I am very competitive and so is she, I can do that. It looks so simple.’ They made it look so easy.”

Lon quickly found out horse ownership isn’t exactly easy, but it most certainly is worth the effort.

“I didn’t know this at the time, but you can’t just buy one horse. They need to have a partner,” Lon said. “So I got educated and it just grows from there. It’s a never-ending situation.”

After their first colt didn’t pan out as a reiner, Lon and Sharon started taking their trainer, Jared Amen, out on shopping trips for their horses.

“It’s a great sport, it’s fun, good people, we are all very competitive but will give each other the shirts off our back,” Lon added. “It’s a great atmosphere to be involved in.”

Last year their futurity horse made both the L2 and L3 open finals. Although they didn’t bring any horses to the 2019 Futurity, Lon and Sharon made the trek specifically to watch their gelding show in the youth with Abigail Dooley.

Behind the Slide – Ari Mischo, Colorado

At just 3 years old, Ari Mischo spent a month in the hospital after 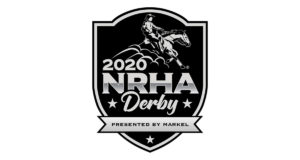 The 2020 NRHA Derby Presented by Markel is just days away. We’ve uncovered some

Meet the NRHA Professionals and horses that finished at the top in 2019. By