What does it feel like to have a horse you raised win the Non Pro Level 4 Championship at the 6666 National Reining Horse Association Derby presented by Markel? If you ask Terri and Terry Leffew, the answer is simply “phenomenal.”

“We purchased her from Mary Hannigan, and she has such a sweet personality and is very easygoing. We love to be around her,” Terry explained. “She’s a pretty big mare and is real laid back. We were looking for a stallion to give a little more sting, and a little bit more fire and athletic ability, and this time it definitely worked.”

That athletic ability has been on full display, as Lil Ruf Whizkey and Colston have already earned nearly $80,000, coming not only from the Level 4 Non Pro title at the 2021 NRHA Derby but also from the Level 4 Non Pro Reserve Championship last December at the NRHA Futurity. The duo also pocketed an additional $7,200 in the first go of the Derby when they won the inaugural Colston Paving Non Pro 4-Year-Old Stakes.

The Leffews wanted to watch Colston and Lil Ruf Whizkey compete for the Derby Championship, but work at home put that dream in jeopardy. “We had to bale hay on Thursday, the day before the Non Pro Finals. It’s about a 12-hour trip for us to Oklahoma City, so we got up early Friday morning. It took us a little longer to get there because of accidents due to bad weather, but we got there just in time,” Terri recalled. “It was wonderful. The good Lord has blessed us, and we are so thankful to have the opportunity to share a once-in-a-lifetime experience with Lane and his parents, Kevin and Amy.”

Terry added, “We are grateful for so many people. We appreciate NRHA and the great sponsors that allow us to demonstrate the athleticism of these great horses and the great men and women that are showing them. It’s a wonderful experience, and we are looking forward to the next time.”

The Leffews typically breed a select group of three or four broodmares each year, but in 2021, that number doubled. “We try to keep our program small because we do the work ourselves. Luckily, we have a young man that helps us out some,” Terry said.

Now the headline mare, Lil Ruf Startime, is 23 years old. “We have a really cute Spooks Gotta Whiz weanling and a really nice Wimpys Little Step 2-year-old out of her. Unfortunately, we were not able to get any foals this year, but we’re considering ICSI to see if we can get some more foals that way,” Terry shared.

Terri noted, “There are so many people to thank. Obviously, we can’t say enough how much we appreciate NRHA and the sponsors of this program. There are so many to thank, including Mary Hannagan and her crew, Dr. Deb Sauberli, Gene Winings, Justin Stokes, Jake and Gina Ballard, Brandon Brant, Tim McQuay, Cade and Tom McCutcheon, and of course Kevin, Amy, and Lane Colston.” 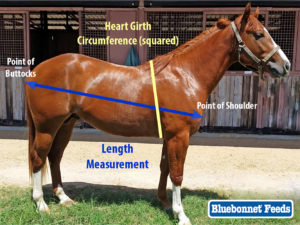 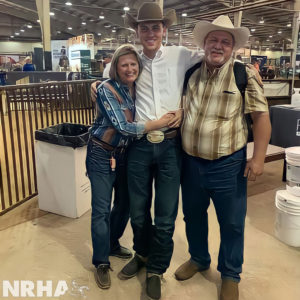 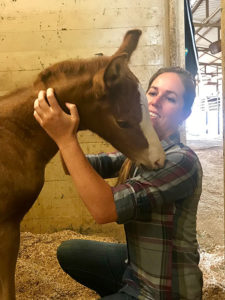